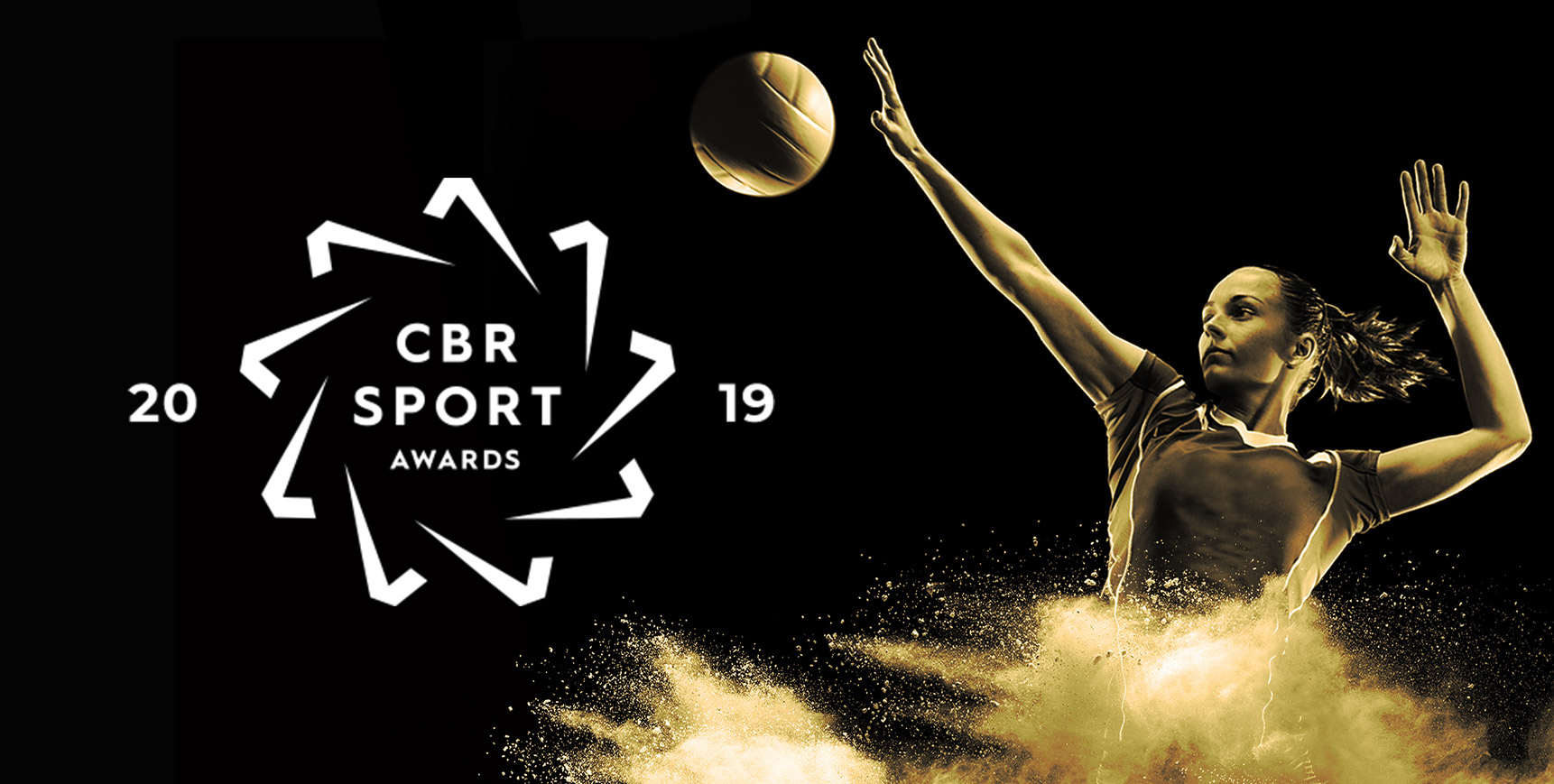 TMA was engaged by the ACT Government to create the design materials for the 2019 CBR Sports Awards. TMA supported the event and was recognised as a major partner of the awards. The Awards celebrated the outstanding achievements of Canberra’s top athletes and teams, while also recognising special contributors, very often behind the scenes, that make our local sporting community so great.

As part of the campaign, TMA were engaged to create a new voting platform hosted on digital and media publisher OutinCanberra which encouraged ACT sports fans to get voting for the 2019 People’s Sporting Champion.  The People’s Sporting Champion recognises a sportsperson who made a stellar contribution to the community both on and off the court or field. In 2019, the voting platform received the largest number of votes in campaign history. 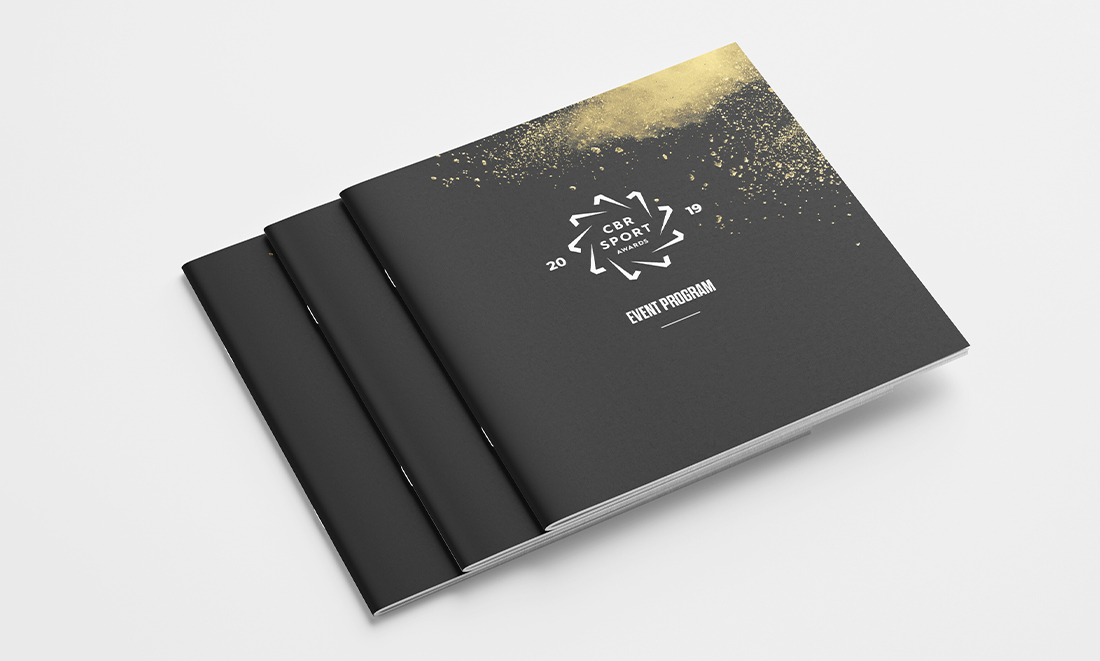 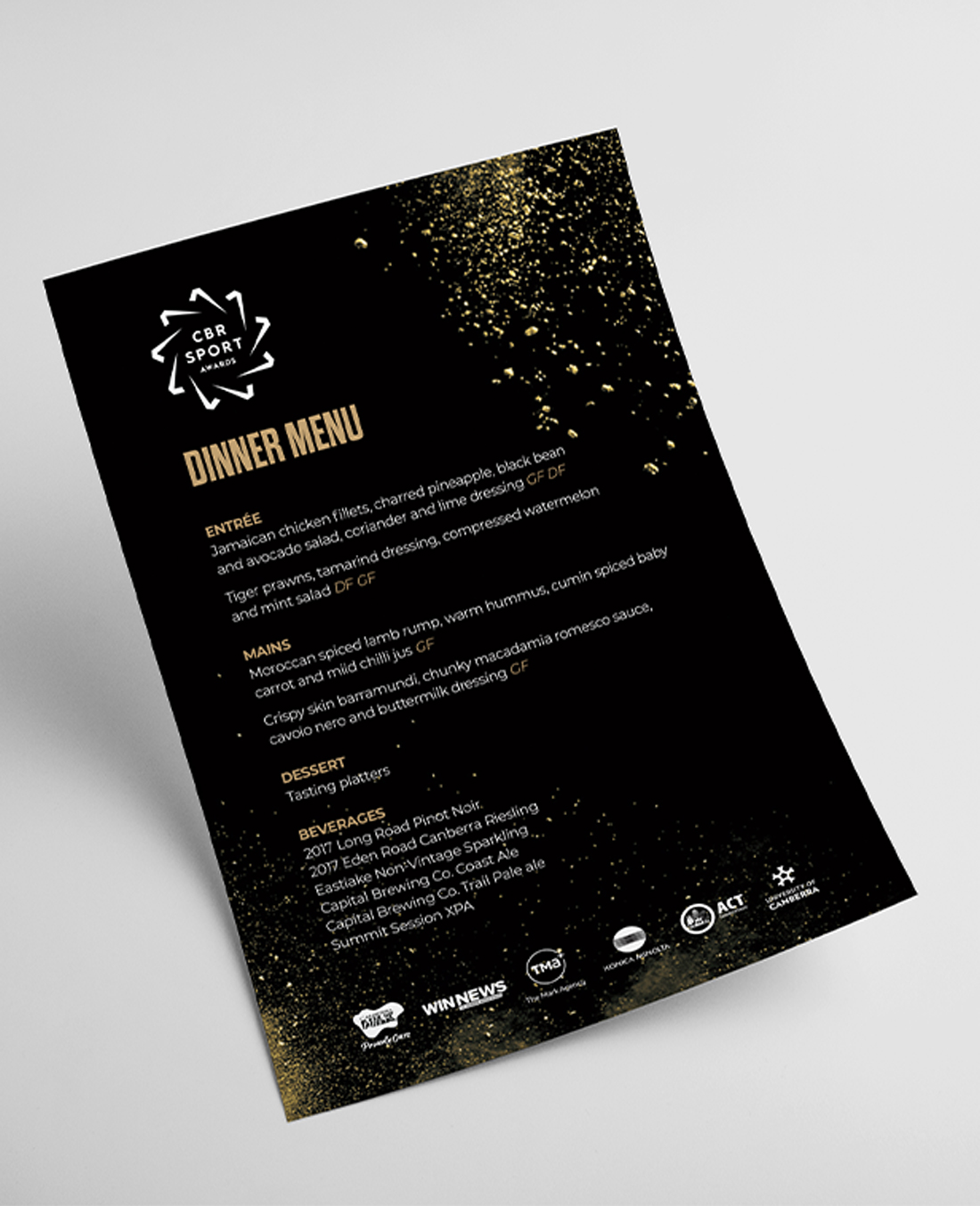 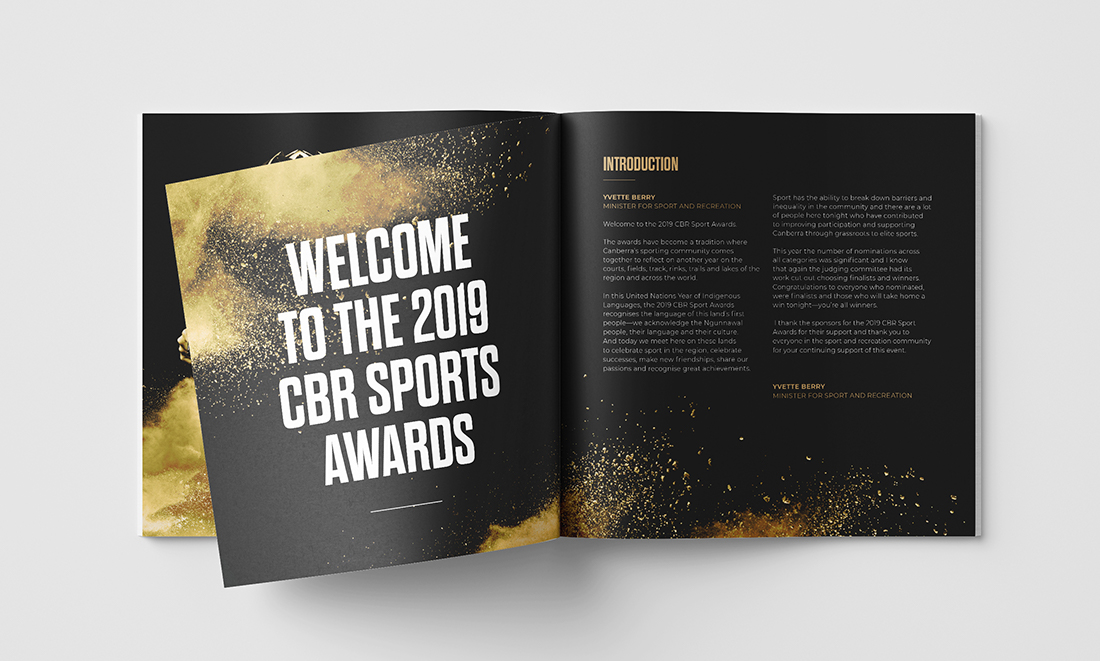 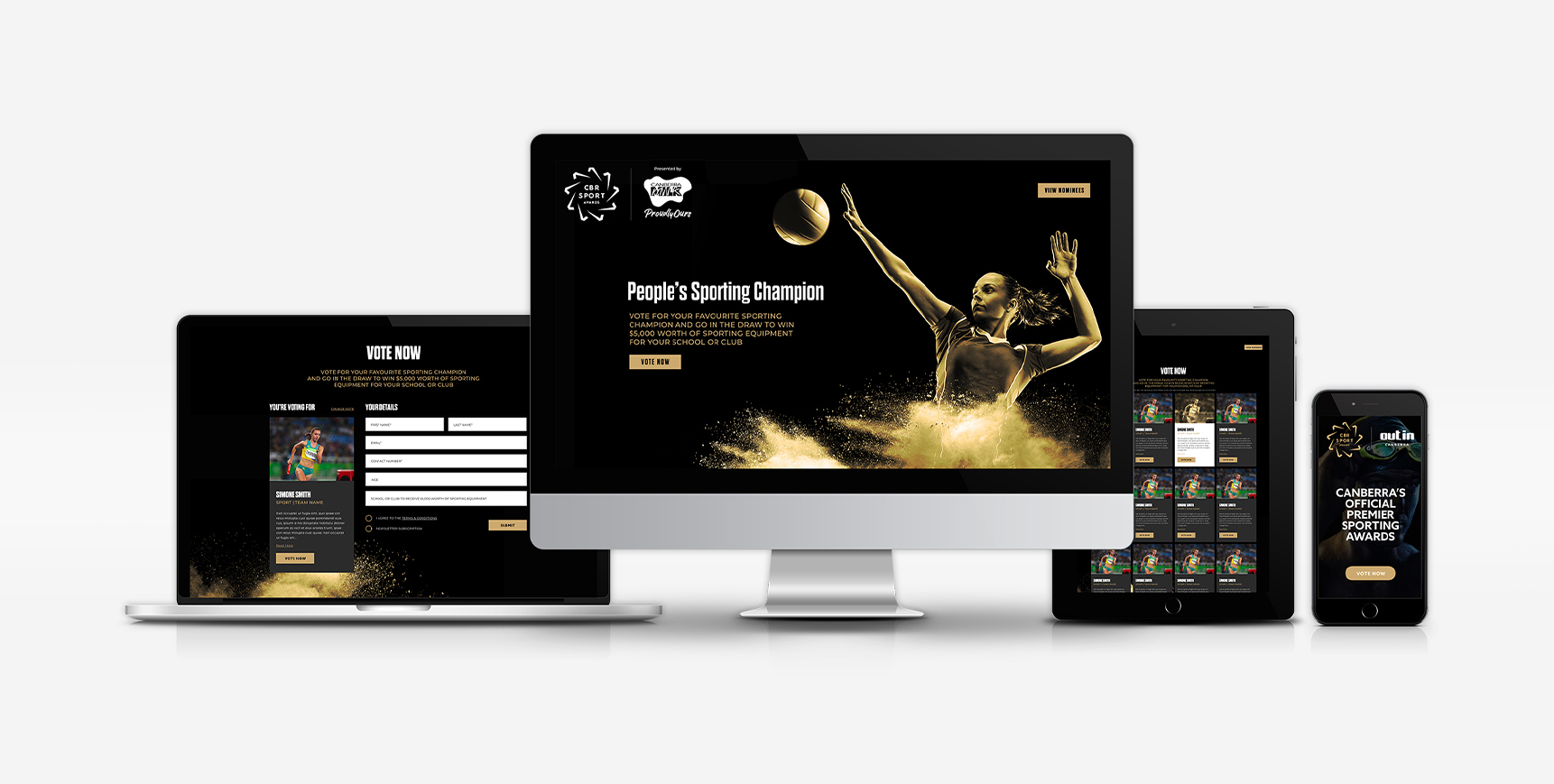 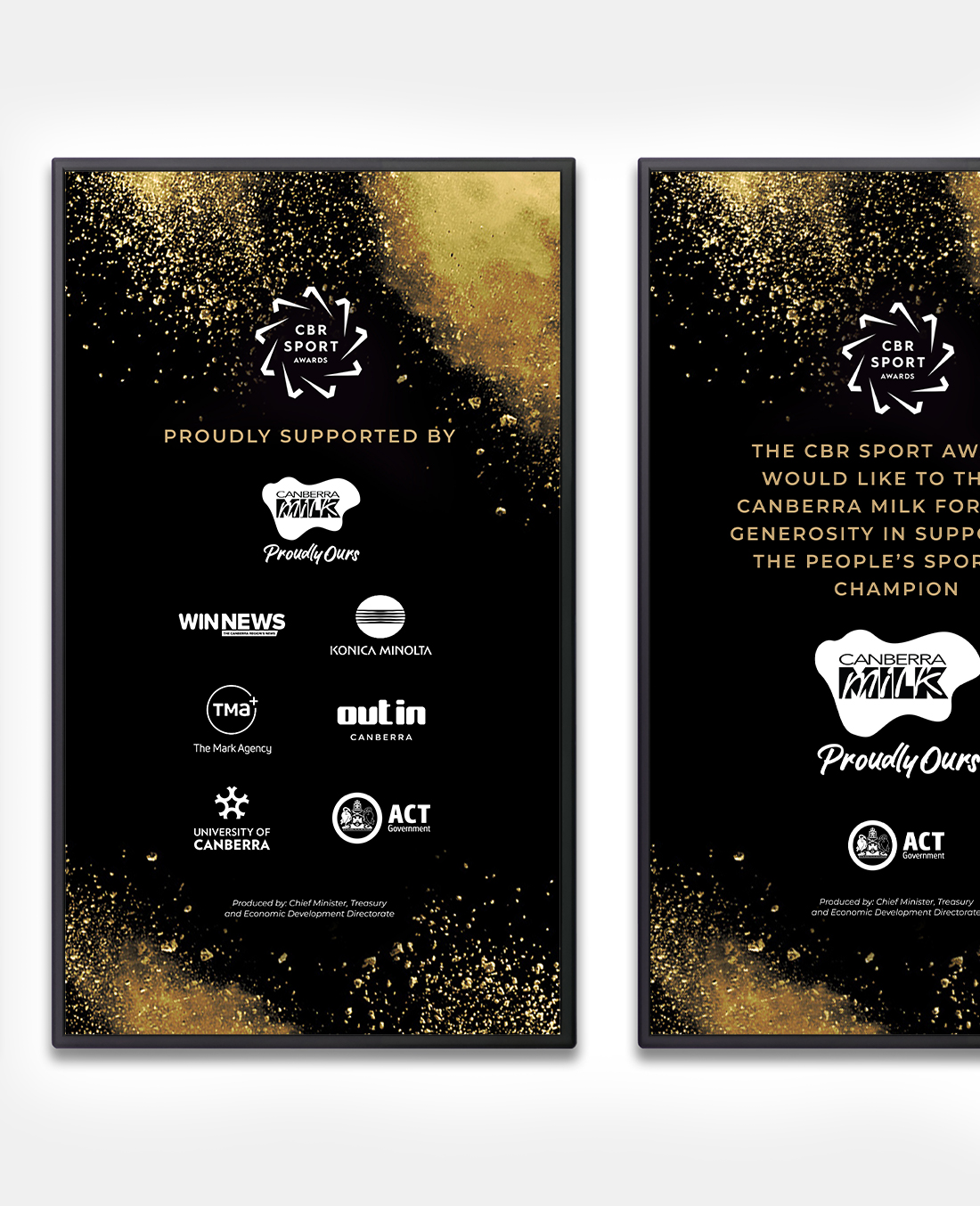 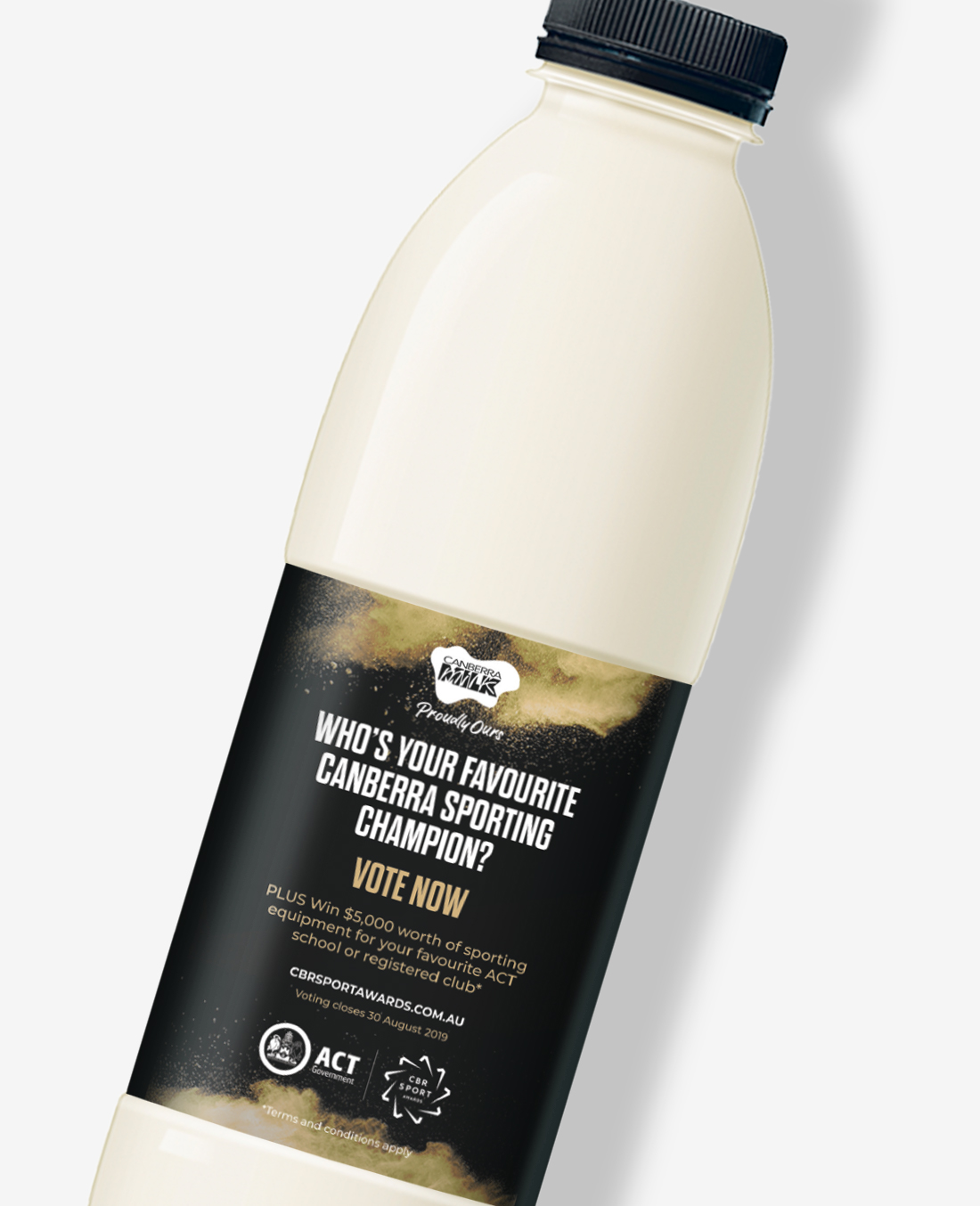 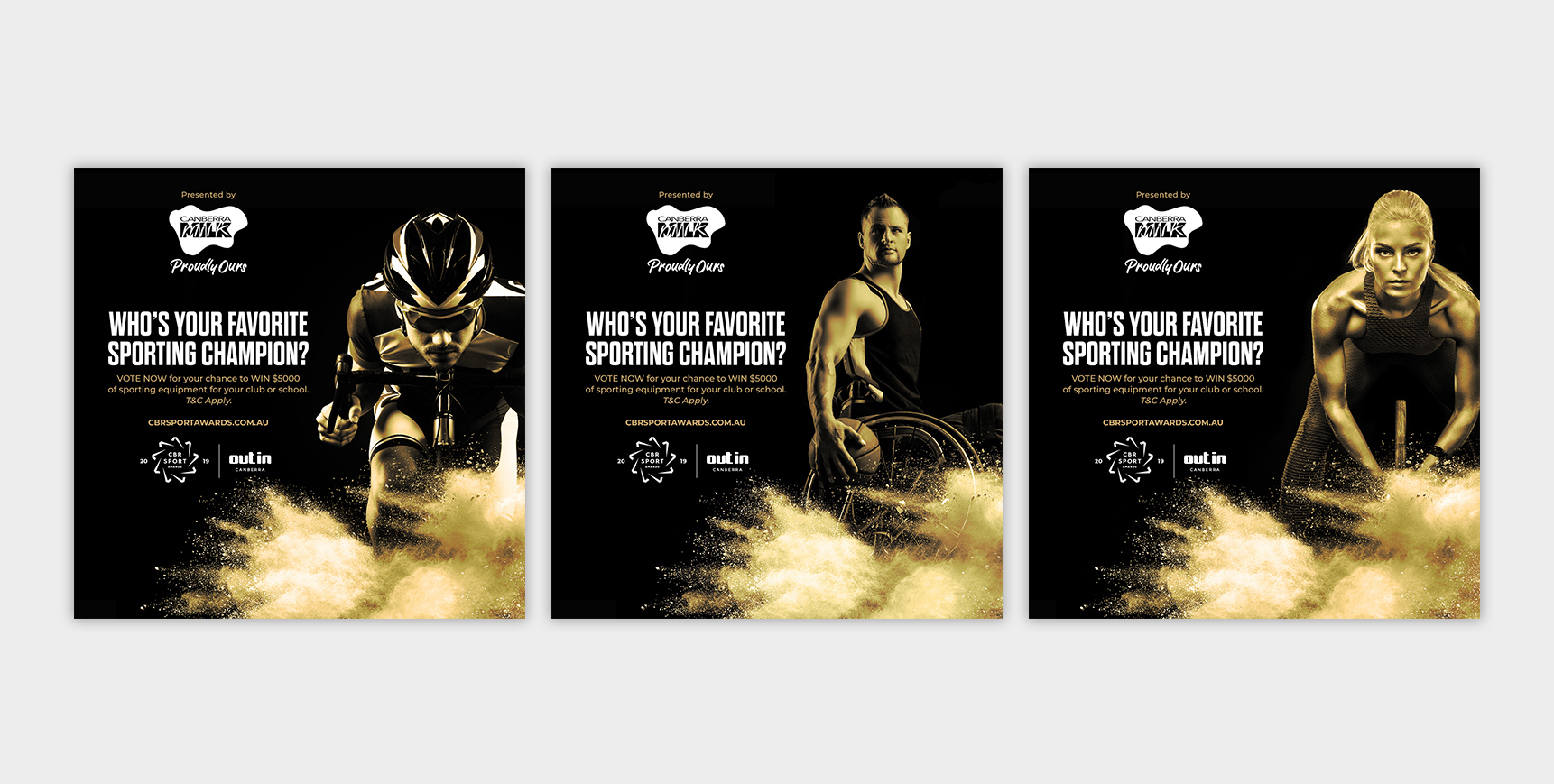