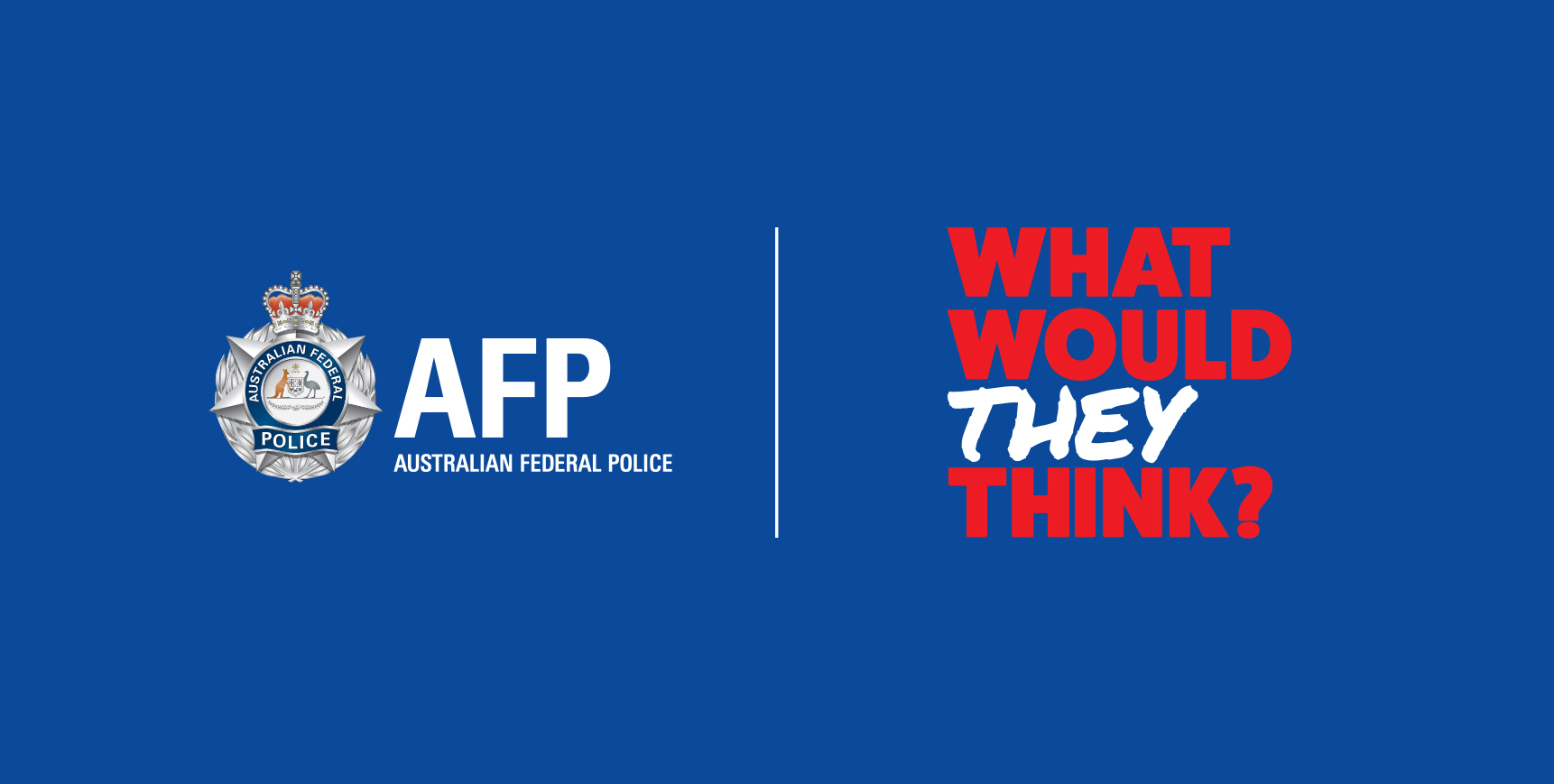 The Mark Agency worked with the AFP to roll-out a campaign which focussed on addressing anti-social behaviours, including excessive drinking. A key insight was developed relating to the “anxiety” which is often experienced after an episode of excessive drinking and what friends and family would think. On this basis, the team developed a brand, commissioned the images, and worked with the AFP in delivering a social strategy for the campaign. 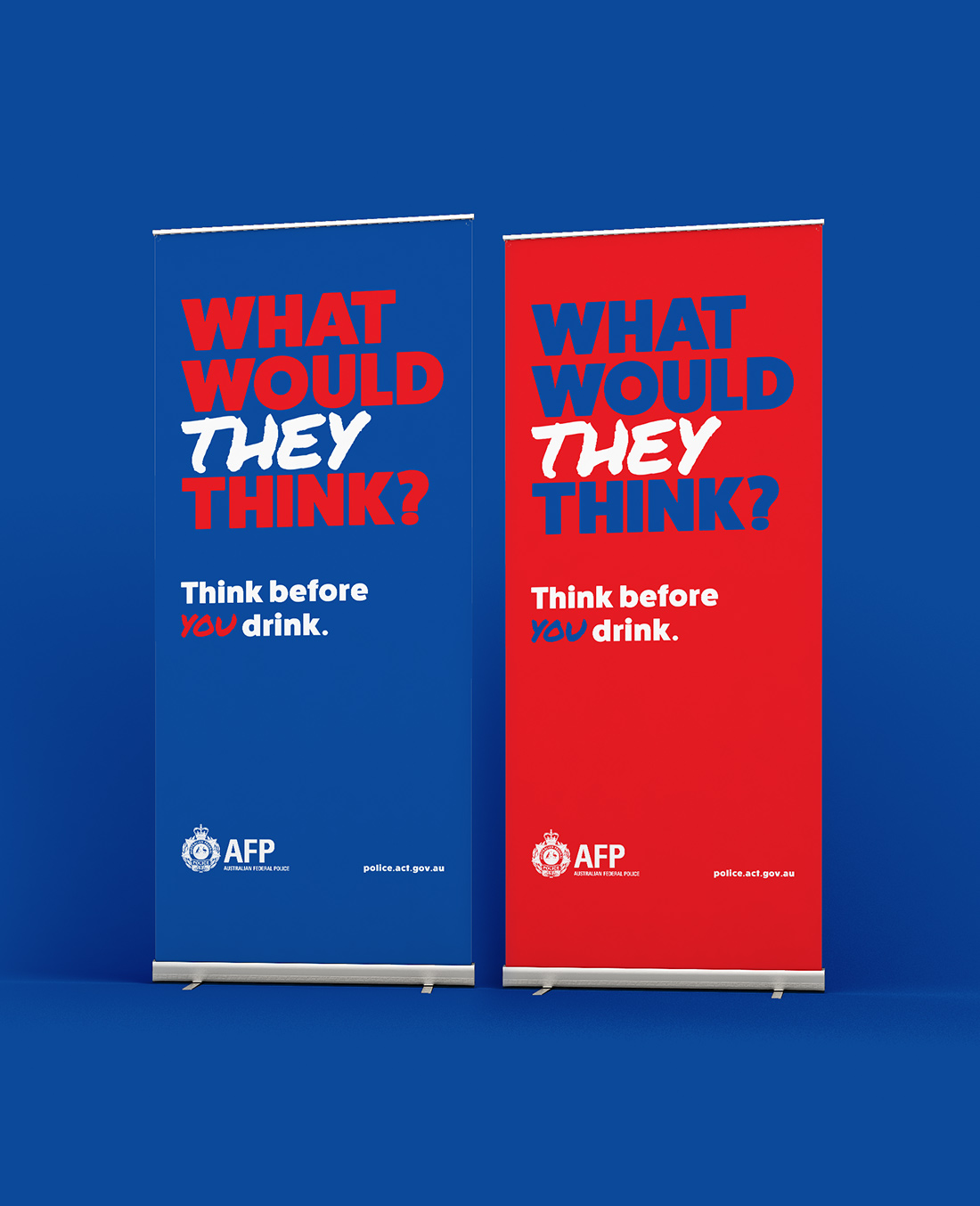 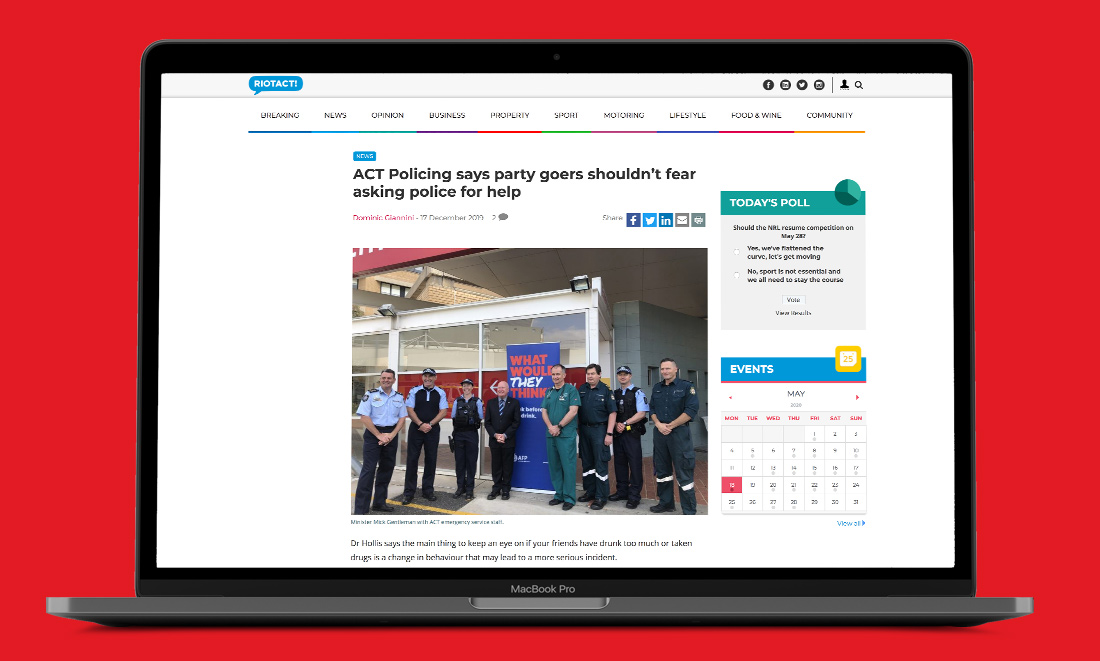 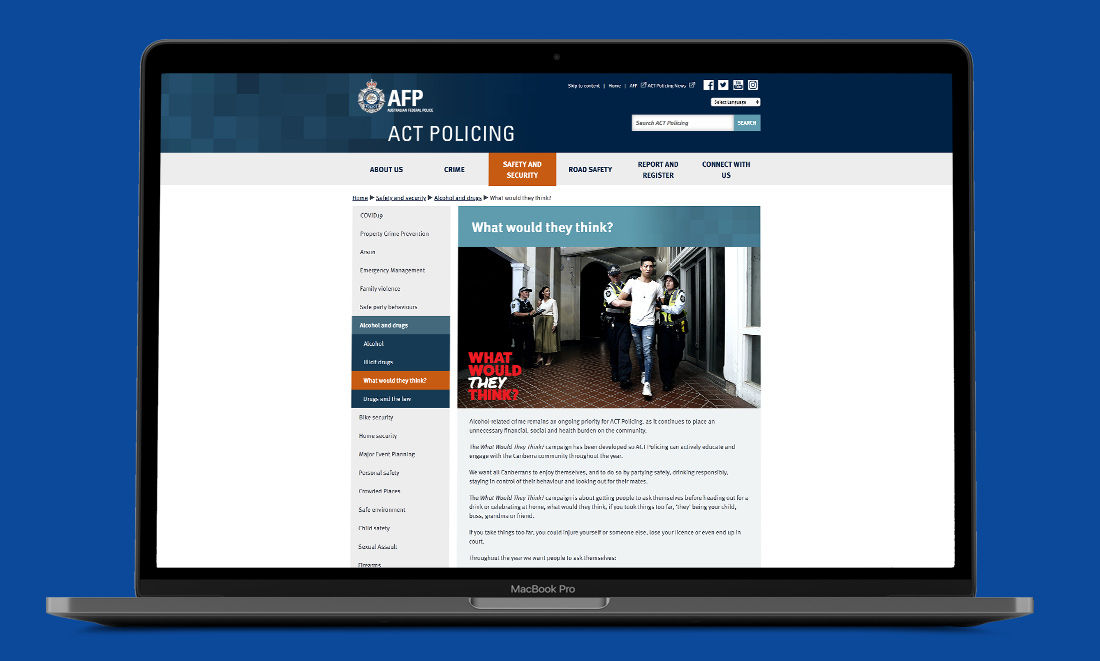 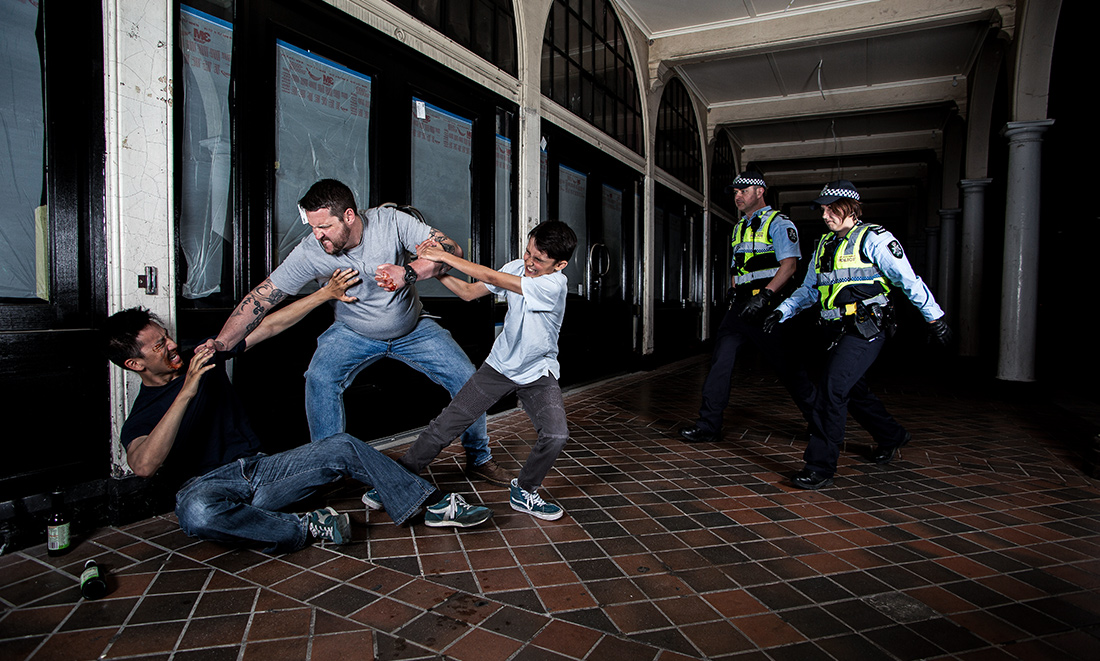